Steven Moffat is a big tease.

The above tweet was posted by Steven Moffat a few days ago prior to the Media Guardian Edinburgh International Television Festival (MGEITF). Series 2 won a couple more awards and a Sherlock master class was held. Seeing Moffat's tweet and reading the subsequent new reports motivated me to re-watch episode 3, The Reichenbach Fall.

The premiere episode of Series 2 (the above mentioned "woman") was already highlighted back in January but I never published the post from Fall. In the scenes where Sherlock is searching the boarding school bedrooms of two abducted children there are several IKEA pieces.

ASPELUND night stands by all of the beds. Near this particular bed is a yellow MARIUS stool. 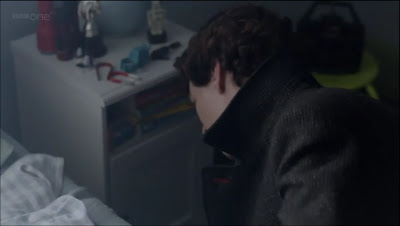 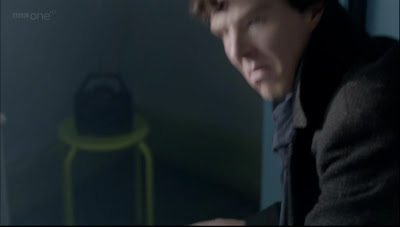 The corner of the box seen on the right side of this cap is a LINGO box (discontinued). 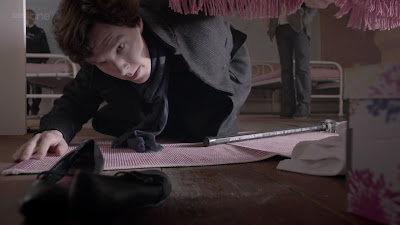 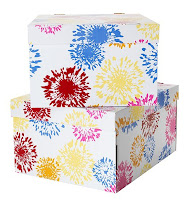 In this wide view there is a STUVA cabinet on the left and LUSY BLOM carpet on the right.Also note more of the ASPELUND nightstands by the beds. 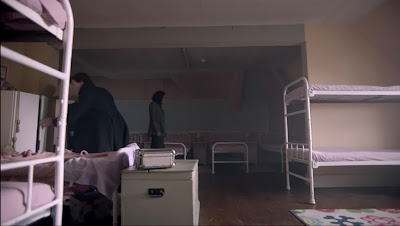 Another STUVA cabinet with the tell tale square cutout for the handle. 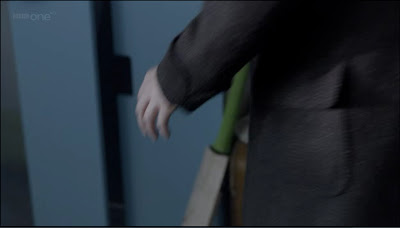 The wait between series is almost unbearable. Fortunately during the Master class the three word clues for series 3 were revealed:

Sue confirmed again that Series Three will begin filming in January 2013, and aims to be delivered to the BBC in August next year. (Official broadcast date TBD) via
Posted by IKEA Spotter at 7:00 AM