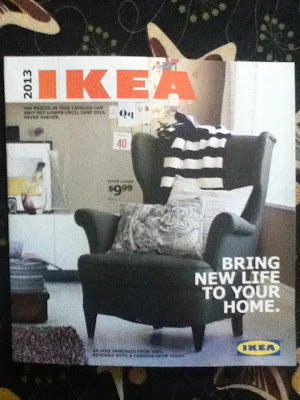 It is so much earlier than last year. What an awesome surprise! Now if you'll excuse me...
Posted by IKEA Spotter at 6:43 PM No comments:

Hello, 911? It's an emergency, my teddy bear's been kidnapped!

My dear blog, I have neglected you for too long. I blame my absence on work and a trend of tv watching unsuitable to spotting. I'm not likely to spot any IKEA in Westros am I?

This weekend, after too many months away, I went to IKEA with a friend who had never been in one before. Between the delight of showing her around and seeing the changes my local IKEA made since I last visited my flame of passion was successfully rekindled.

Tonight, I treated myself to a movie night out. I went to see Ted because I needed a laugh and it was shot locally. Not only was there an IKEA shout out with Ted's line in which he states he furnished his entire apartment for $47 (and yes, his apartment was mostly IKEA) but there were plenty of other scenes in which I spotted IKEA goodness.

Since the movie is still in the theaters, I have been scouring video clips hoping to find decent caps. I couldn't find visual proof for everything and I'm sure there are things that I don't remember. Let me know if you saw something I missed. WARNING: There are spoilers ahead.

In Ted's apartment there is a KARLSTAD sofa with an ISUNDA gray cover. Way in the back, in the kitchen, you can make out a MAGASIN dish drainer. 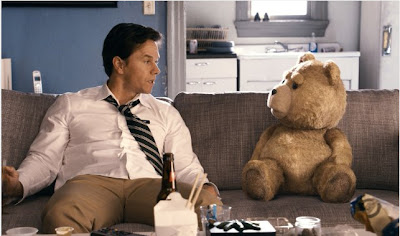 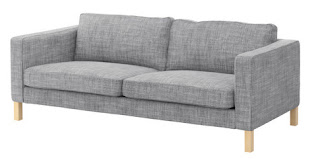 To the left of the sofa is a green POÄNG chair with headrest. The blurry white blobs in the back are HERMAN chairs and a DOCKSTA dining table. 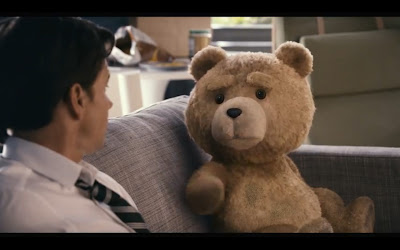 On the right side of the sofa is an ORGEL table lamp. 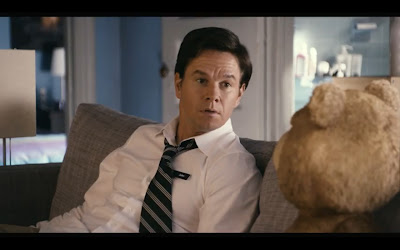 In this crowded shot you can make out the IVAR shelving unit in the back, the back of the POÄNG chair and the very edge of the DOCKSTA stable (you'll notice later on in the scene that it gets broken in half). I can't remember the coffee table clearly enough from the movie nor is it clear in this picture. 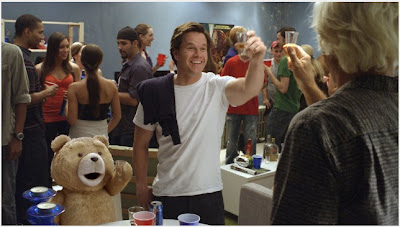 Also spotted in Ted's apartment is a SMÄRT lamp similar to this:

And during a hysterical Karaoke sequence, a BESTÅ JÄGRA tv stand. 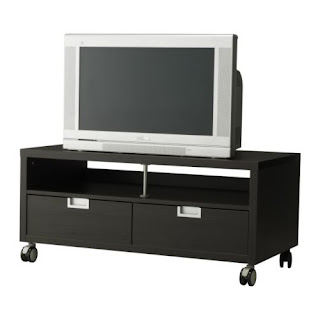 In John & Lori's kitchen is a GRUNDTAL magnetic knife rack and GRUNDTAL containers. 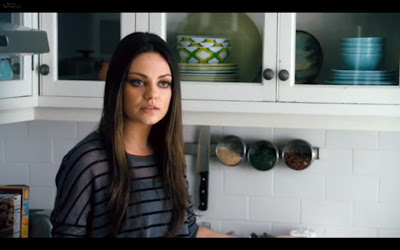 This movie not only has one but two restaurant scenes with an IKEA lamp on every table. Regular readers know how much I love this trend.


In the restuarant where the lead characters celebrate their anniversary there are LYKTA lamps on every table. The shot below is from the trailer. The LYKTA is the frontrunner so far when it comes to lamps used in this manner. This would be the third instance I've spotted them. A previous sighting in The Zookeeper which was also filmed in Boston. Hmm...need to research the time and location of filming. I wonder if they could be the same place. 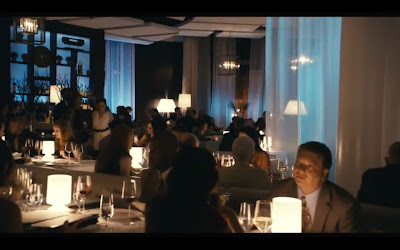 The restaurant for the double date has KNUBBIG lamps. It is hard to make out the details because the glow of the light causes a bit of a blur but take a look at the comparison below. 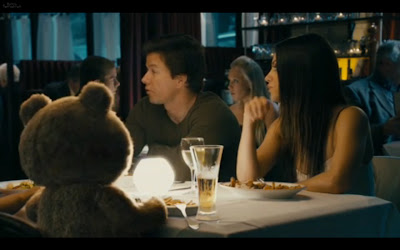 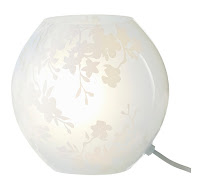 That is what I can remember for now. If you have anything else let me know in the comments. I will try to make more regular posts and share with you all my findings.


Random musing - I wonder if I am brushing shoulders with movie production people when I go to my IKEA. There's only one in the area and movie productions & movies containing IKEA products are increasing in frequency in Boston. Hmm...

Posted by IKEA Spotter at 11:48 PM No comments: