I recently discovered that Queer Eye for the Straight Guy was streaming on Netflix. After my squeal of delight I settled in for a marathon. I love the Fab 5 and everything they do for the guys. As it was filmed in and around New York City there have been many opportunities to spot IKEA items in the straight guys apartments. I don't normally feature IKEA spotting in home makeover shows because it would be incredibly overwhelming.

This is a little different because the guys actually go to IKEA and play around for an entire segment. 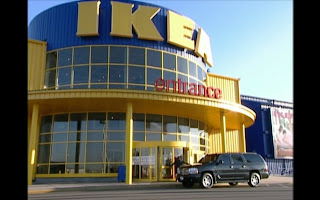 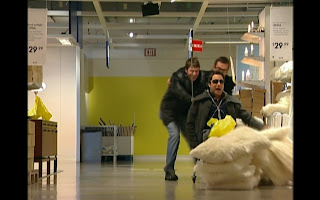 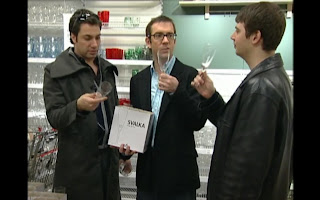 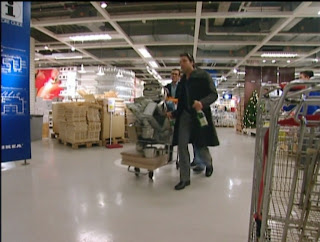 After all the shopping Thom Filicia, "Design Doctor" reveals the "Scandinavian love palace". It turns out to be a beautiful grown up IKEA apartment.

Netflix has it listed as Season 2, episode 6 but the original production number was season 1 episode 19.
Posted by IKEA Spotter at 9:37 PM 1 comment: