Brainy is the new sexy.

The New Year brought me some very exciting things including the UK premiere* of series 2 of Sherlock! If you haven't seen Sherlock yet get yourself to Netflix instant or the library where you will find series 1 on DVD. It is an incredibly well written and wonderfully acted modern incarnation of Sherlock Holmes. Benedict Cumberbatch (Holmes), Martin Freeman (Watson) and the supporting cast take the top notch writing to a whole new level.

With giddy glee I settled in to watch the premiere episode and hoped that I'd find a little something for my blog. (If you haven't noticed I've been lacking in material lately. Life getting in the way of watching TV so please send me anything you find.)

I noticed two things in the first episode. Despite there being a lot of lamps in Sherlock & Watson's apartment, the only one I recognized as IKEA was a SAMTID floor lamp in the right corner. 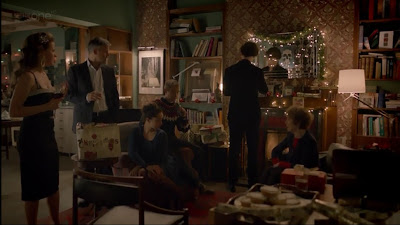 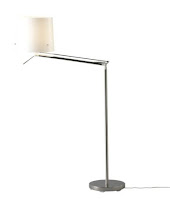 And in the kitchen are DROPPAR jars on the shelves & counters. It was hard to get a good shot because of the angle or Benedict getting in the way but I think you can make them out in this picture. 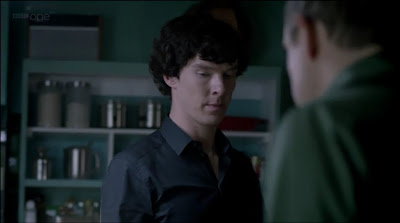 I honestly cannot remember if these 2 pieces were in the Baker Street apartment during series 1 but I know that if I go back & check I'll wind up watching the entire series again. With work tomorrow, that would be a bad idea.

*US viewers - Series 2 will premiere in May on Masterpiece Mystery on PBS.
Posted by IKEA Spotter at 7:00 AM