"You stop stealing, you stop drinking, and you move upstairs from a thief bar?"

Season 2 of Leverage finds the team coming back together and settling in to a new home base. By settling in, I mean taking over Nate's apartment, eating his food, using his ice to soothe their bruises (Eliot mostly) and disturbing his calm. The ground floor is divided into a living room, kitchen, dining area and office area.

Underneath the mess of papers is a BENNO tv stand. 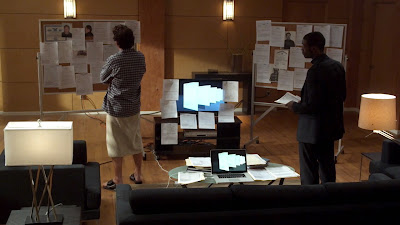 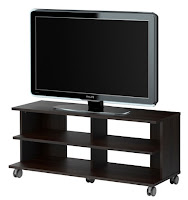 On the breakfast bar is a DROPPAR oil & vinegar set. 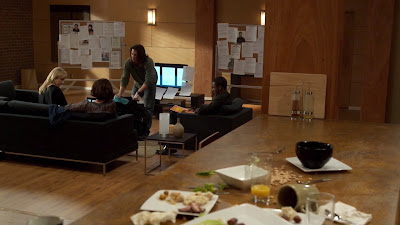 EXPEDIT 4x4 unit up in the office area. 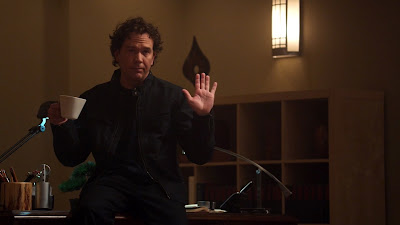 FOTO pendant lamp & another view of the EXPEDIT up in the corner. 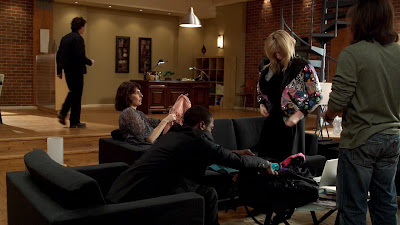 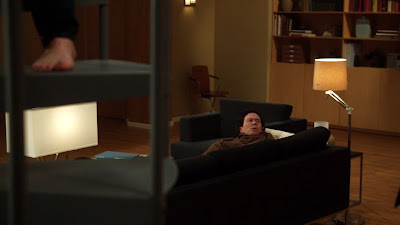 SEBASTIAN stools (discontinued) by the breakfast bar and HENRIKSDAL chairs by the dining room table. 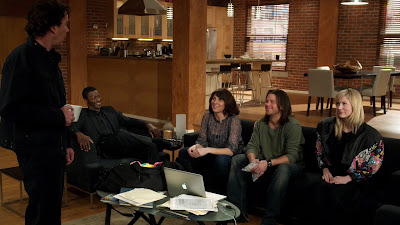 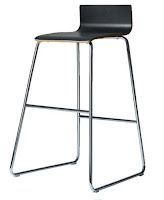 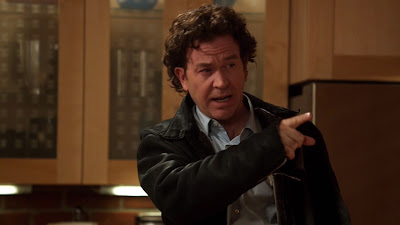 A wider view of the kitchen cabinets. 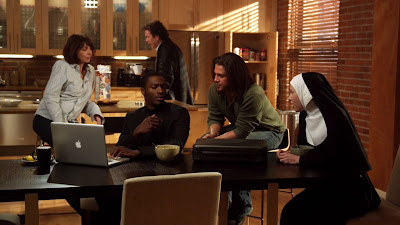 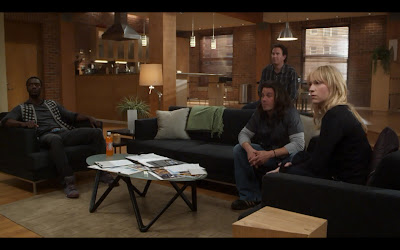 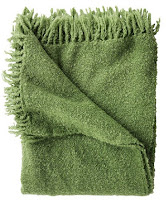 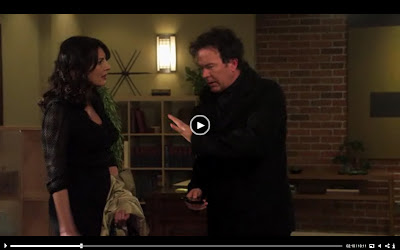 Season 2 was quite fun. Frankly, as slick as the cons are, I watch the show for the interactions between this motley band of thieves. The dynamic of the team was thrown off a bit as the writers came up with ways to cover for Gina Bellman's pregnancy but we were still treated to some great interactions.
Posted by IKEA Spotter at 7:00 AM