Ah, Doctor Who. I love you. I'm still trying to decipher everything that happened in the finale but I wanted to do a write a quick post before I go back and watch it again.

In episode 12, the penultimate episode, we revisit a friend from last season's "The Lodger". Nothing is as endearing as seeing the Doctor interact with children and in this episode he gets to spend time with a baby. Stormageddon (or rather, Alphie) has in his room 2 EXPEDIT units. A large 4x4 along the wall and a smaller 2x2 which you can only see the corner of on the left in the first picture. 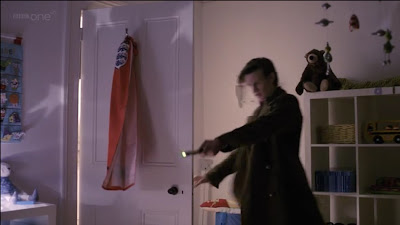 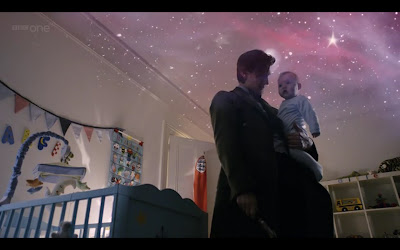 Downstairs, in the kitchen there is a BRASA pendant lamp. 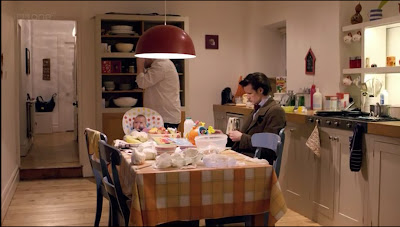 In the finale we see a lovely shot of Amy waiting outside in her garden. There are 2 HULTÖ rattan easy chairs and a BOLLÖ folding table. The paper lanterns are most likely the solar lanterns that were only available during the summer. 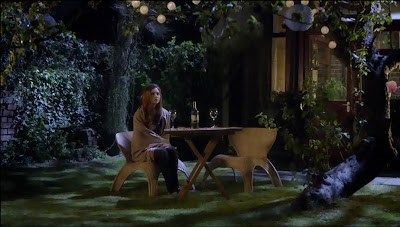 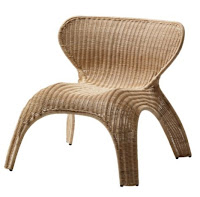 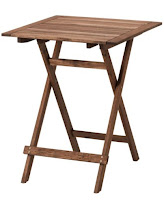 I personally think it was a satisfying season finale. I won't spoil anything for you but it all tied together nicely. Next thing to look forward to is the Christmas special.
Posted by IKEA Spotter at 7:00 AM