In Monday's post we saw that the UK show The IT Crowd has a special fondness for the ORGEL lamp. There is another IKEA lamp that shows up with such regularity throughout the series that it borders on absurd. The lamp is the NOT: 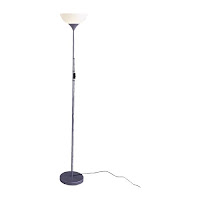 In my mind I see the NOT lamp as a running joke amongst the crew. They challenge each other to see how many scenes they can sneak the lamp into. Think I'm crazy? 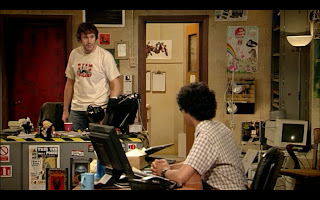 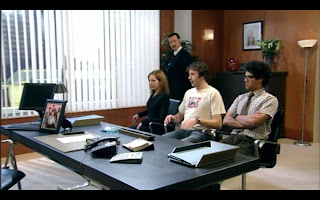 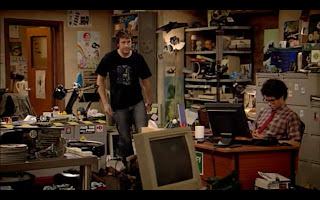 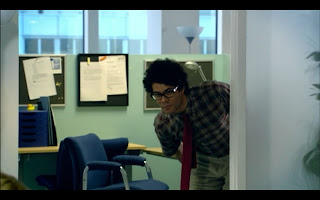 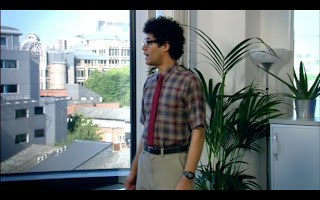 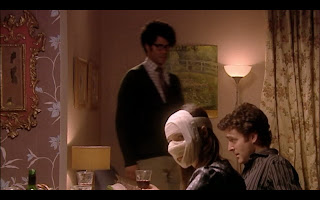 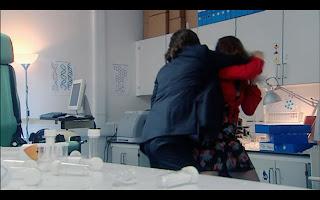 Series 3, episode 4 - Lab* (TERTIAL work lamp on the right)
So with the exception of series 1, episode 4 it honestly looks like they keep moving the one NOT lamp from scene to scene. It is a $9.99 lamp and they are treating it like the $100 pair of shoes you wear every chance you get in order to get your money's worth. It is a nice, simple lamp though.
*The lab gets a post all its own on Friday.
Posted by IKEA Spotter at 7:00 AM

Email ThisBlogThis!Share to TwitterShare to FacebookShare to Pinterest
Labels: NOT, The IT Crowd