It isn't the officially summer until Burn Notice premiere's on USA (Thursdays at 9pm). This past Thursday's episode was not a let down. Not only was it chock full of action and Bruce Campbell but they obligingly gave me a couple pieces of IKEA to spot.

In what was subtitled as the "Canadian Security Intelligence Service" we see some 2x4 EXPEDIT units. One is in the hallway and we see that it is on casters. 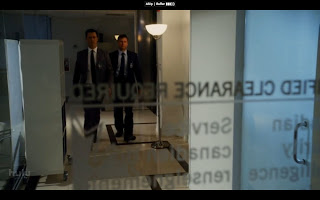 I like this shot. The reflection isn't the EXPEDIT we just saw in the hallway. Nor the one we're about to see on the other side of the door. There must be a 3rd EXPEDIT on the opposite side of the office which we never see. 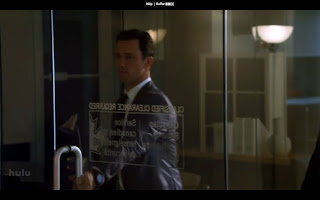 In an office is another 2x4 EXPEDIT. I like the blackening they did inside the cubbies. It makes them looks less stark. 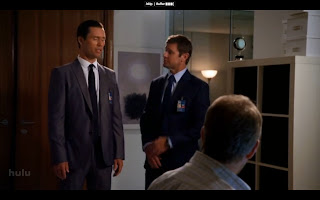 And just because it amuses me greatly - 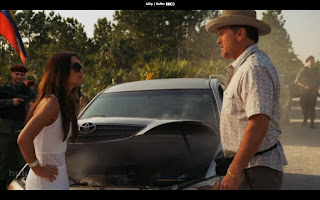 This is my FANNY PACK!
Posted by IKEA Spotter at 7:00 AM