My geek cred was recently challenged. It was good natured ribbing from a friend but I got a little defensive. I mean, I get mocked for being geeky and then I get mocked for not being geeky enough? You can understand how that can frustrate a girl. I'm proud of my geekiness. I could cite numerous geek evidence like my Lord of the Rings collection, the Locutus action figure I've had since junior high or my Bruce Campbell video collection but I really only need to submit one piece of evidence to support my case.

I write a blog dedicated to spotting IKEA furniture in TV and movies. That is pretty geeky. And fun. On top of that look at some of the shows I've featured: Firefly, Chuck, The Big Bang Theory, Battlestar Galactica, Buffy, Stargate: Universe, Mythbusters and Doctor Who. Yup. Big ole geek.

To further prove my friend wrong I fired up my Netflix and settled in for a Tochwood marathon. Torchwood was originally created in 2006 as a spin-off of Doctor Who. The first 3 seasons were filmed primarily in Cardiff, Wales. I wasn't too surprised when I started seeing IKEA items throughout the show since Doctor Who also films in Cardiff and we've seen them use IKEA quite a bit.


In the very first episode we see that Torchwood uses a tourist office as cover for the secret entrance to the Hub. On that door is a  SPONTAN magazine rack. 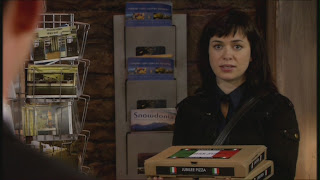 Tosh's apartment changes between series 1 and series 2. The following is from her series 1 apartment. In Tosh's kitchen there are BURKEN Jars, over her left shoulder on the shelf. 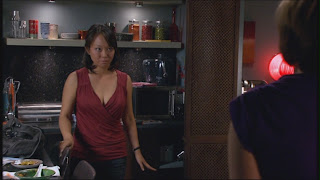 GRUNDTAL spotlights under the shelves and another look at the BURKEN jars. 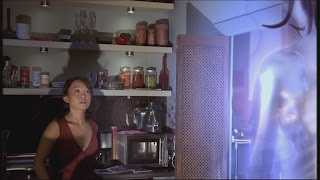 The ceiling light is the GLIMNT (discontinued). 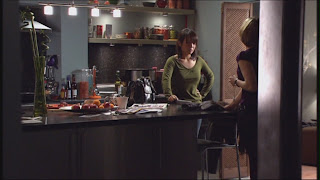 Another look at Tosh's shelves because Naoko Mori is just lovely. 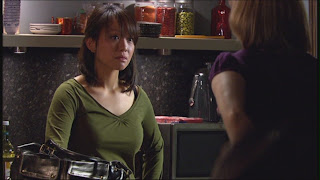 In the first episode Owen goes to a bar which has additional mood lighting provided by some LAMPAN. 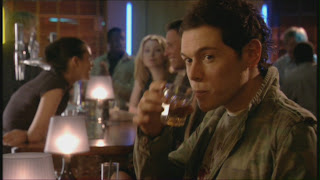 Captain Jack visits a bar in episode 9 of season 1. There is a red SPONTAN magazine rack over his shoulder. The red is no longer available. 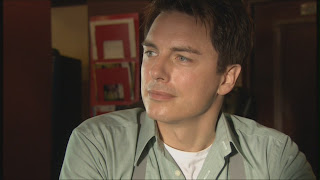 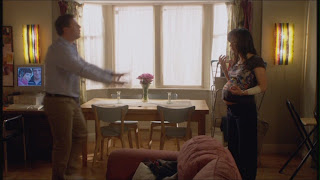 Here's close up of the table. 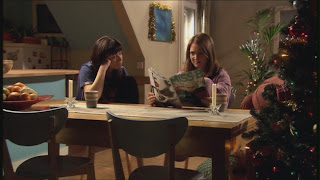 Again, a closer look at the GYLLEN glass panel. 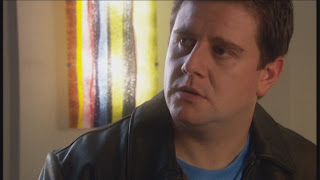 On the main wall is a NORREBO shelving unit (discontinued). 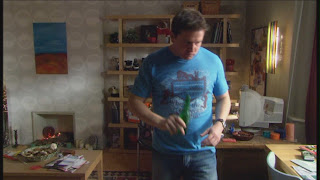 A KNAPPA pendant lamp is only visible in this one episode (Season 2, episode 5) 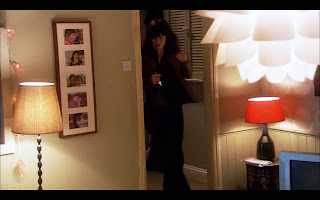 In Gwen & Rhys' bedroom is a MALM bed. 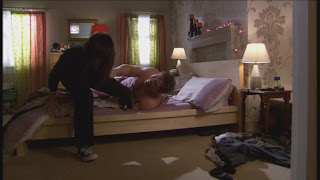 While compiling this I realized that each team member was featured in at least one of the above photos except Ianto. So here you go: 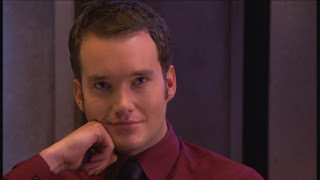 That's not all. I actually have more spottings from Torchwood. So stay tuned for another Torchwood centric post.
Posted by IKEA Spotter at 7:00 AM