Not just for show.

I'm not a gamer myself. However, I have been casually following the plight of Duke Nukem fans eagerly awaiting Duke Nukem Forever. They have been waiting since 1997 for this sequel to be released. Finally, in January they were given a release date of May 3rd. Gamers rejoiced! Then a little over a month before the release date Gearbox Software released a video announcing that the game would be delayed, again.

I was watching the video and was surprise by some IKEA desks. I suppose I am so used to spotting things in TV & movies and I forget that IKEA is used in real life. I need more eagle eyes to confirm whether they see A-leg GALANT desks in this office. 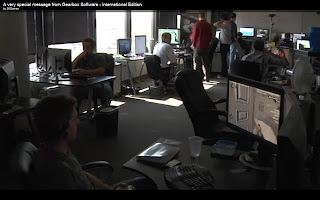 Here's a close-up. The lighting and low quality make it difficult to get a proper look at the legs. The desk foremost in the picture looks to have a SUMMERA computer holder. 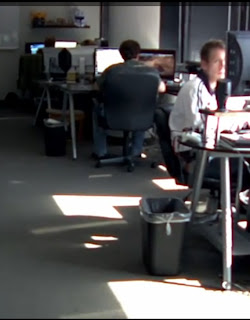 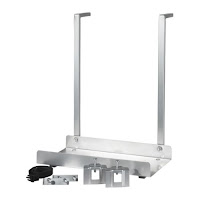 Here's a shelf on the desk top. It was actually one of the first things I noticed. It looks like it was made with CAPITA legs, a common hack. 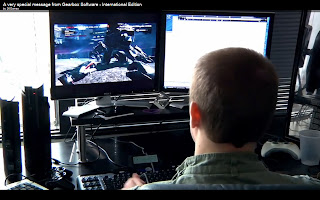 So readers what do you think? I've embedded the video for you to watch and judge. I give credit to Gearbox Software for announcing this news with a sense of humor.