Jane Austen has had a resurgence in popularity the past few years. Her 6 novels have been subjected to numerous dramatizations, modernizations (think Clueless), zombifications, and bastardizations (with this I mean the sequels, spin-offs, erotic and slash re-imaginings.) If you explored any of those links you would have seen that no other book has suffered as greatly as her second novel Pride and Prejudice. I think it is because every girl fancies herself to be a romantic heroine (so they say) in search of the perfect (slightly damaged) hero. The most popular literary heroine is arguably Elizabeth Bennet and her Mr. Darcy is the epitome of a romantic hero.

So what would you do if you could step into the world of your favorite novel and have the chance to fall in love with the dashing hero? That is what the mini-series Lost in Austen is trying to explore. Set in both the lead character's modern day world and the fictional, regency world of Pride and Prejudice the mini-series follows Amanda as she swaps places with Elizabeth Bennet and must learn to navigate the world of her favorite novel.


In Amanda's livingroom is a red EKTORP Sofa, and UNNI throw pillows (discontinued). 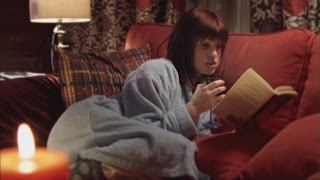 A 2008 catalog photo of the UNNI cushions for your reference. 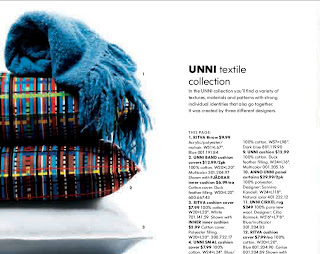 HOL  side table. Anyone know the fabric for the curtains? Too unique not to be IKEA. 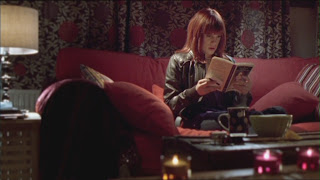 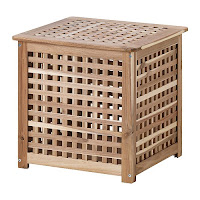 GRUNDTAL kitchen accessories along the back wall of the kitchen and GRUNDTAL countertop lighting. We don't get a good view of the pendant lights above the counter but I am going to throw out the FOTO pendant lamp as an option. 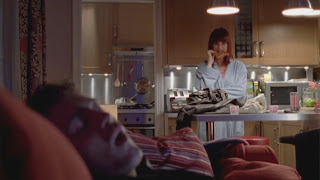 When Amanda visits her mother we see in the kitchen a couple EKBY JÄRPEN/ EKBY ROBERT wall shelf combinations. 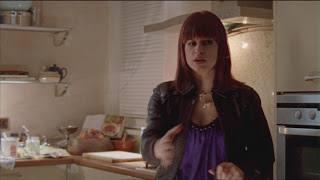 Except, you know, upside down.

A bit of a SPOILER* below


Back in Amanda's bathroom there is a GRUNDTAL towel hanger/shelf. I'm kind of kicking myself for using the Lost in IKEA title for a previous post. However, since IKEA is only featured in a couple scenes from the present day I cannot feel too bad.

*If you can't guess how the story ends then you need to read more novels or at the very least some fan fiction.
Posted by IKEA Spotter at 7:00 AM