Once again I give thanks to a teen show for providing some interesting spotting opportunities. My niece's latest obsession, Nickelodeon's House of Anubis, is set in an English boarding house and boarding school. The production has an unique combination of antique and modern IKEA furnishing. There is so much littered throughout the sets that it has been difficult to capture it all. After far more episodes than I am willing to admit (not the target audience) here are some of the goodies.

The drama studio at the school has at least a dozen IKEA furnishings and textiles. Throughout the series the studio gets re-arranged but the bulk of the furnishings stays the same. Take a look at what has been spotted. Screen captures taken from several episodes of season 1.

There is a KLAPPSTA chair, and a coffee table with VIKA OLEBY legs 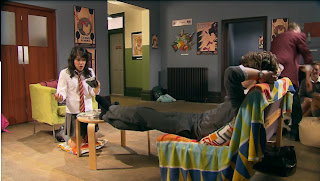 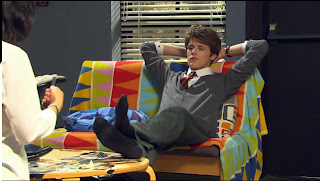 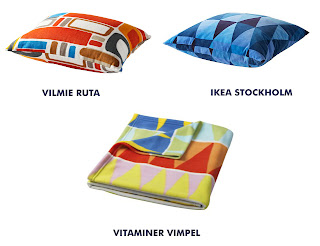 RENATE flower cushion on a...is that leather? If it is then it is a SOLSTA OLARP. The back is too low to be a TULLSTA. 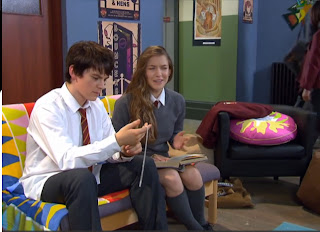 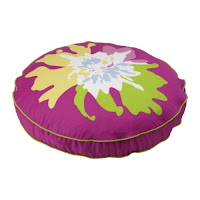 In the first episode the drama studio has a KLIPPAN 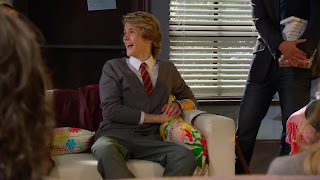 A view into the studio area from the Hallway shows a red TULLSTA chair, RENATE cushion, FÄRGRIK mugs 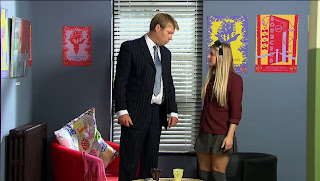 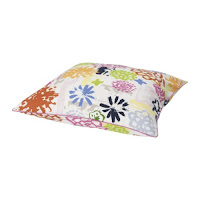 The bedrooms in the Anubis house are also decorated with IKEA furnishings and accessories. We'll look at those another time. Stay tuned.
Posted by IKEA Spotter at 7:00 AM