Have you noticed how TV shows often reuse guest actors? They bring them back over the course of a series to play different roles. Law & Order was famous for this. I once worked with an actor who appeared on L&O five times over 15 years playing a different character each time. It is always fun to watch classic series' and play "hey, it's that guy!" Even more entertaining is when a guest star later comes back as a different recurring character. Do they think we wouldn't notice?

NCIS is guilty of recycling as well. However, with NCIS I was playing a game of "hey, it's that chair!" Appearing in at least 3 episodes is a red POÄNG chair.

The red POÄNG was originally seen in season 3 episode 3. I can't identify the end table. Does anyone know it? There is also a MAGASIN dish drainer on the counter. 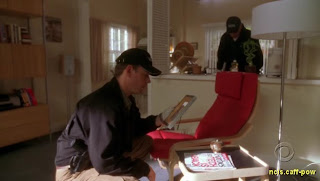 In season 4, episode 3 we see an ANEBODA dresser (discontinued) and the red POÄNG chair. There are also BRANÄS baskets on the shelves. 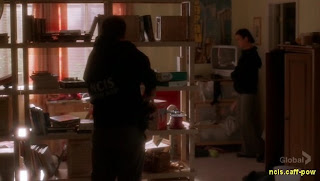 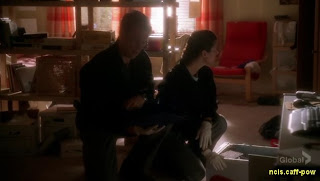 In season 6, episode 6 it is cunningly disguised by the removal of the head cushion. 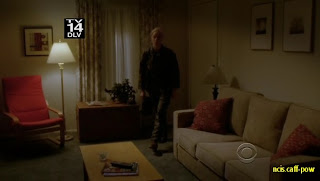 But the chair isn't the only thing that gets reused. The apartment in the second picture is actually the set for McGee's apartment redressed. I probably wouldn't have noticed if they didn't use a bookshelf to divide the room in half on both sets. The wall treatment and furniture are different but look at the placement of the windows, the door on the left towards the far wall and the molding in the upper right hand corner. 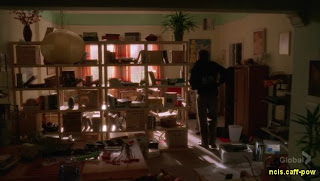 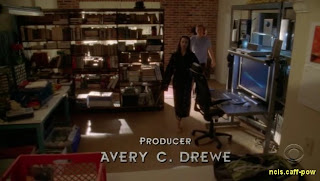 A desk is even in the same location. In the redressed apartment it is pushed further into the nook but you can see it.

Thanks to ncis.caff-pow for the wealth of screencaps.
Posted by IKEA Spotter at 7:00 AM