My new toy is a "new to me" Xbox 360 which enables me to stream Netflix Live on my TV. As I've mentioned, I don't have cable so this has enabled me to watch shows I rarely get to see. Like the two day marathon of one of my favorite shows, Mthybusters. As I was watching every collection they had available I was surprised to have spotted a couple of things. I have to switch my streaming from the TV to the computer so I could screencap but it was still incredibly convenient. (Sorry if it sounds like a commercial, I am simply excited for my new toy).

In the "Grenades and Guns" episode Grant is tasked with listening to a self-hypnosis CD and he spends some of his time relaxing in a POÄNG chair. 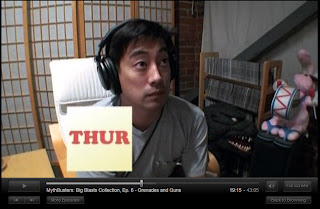 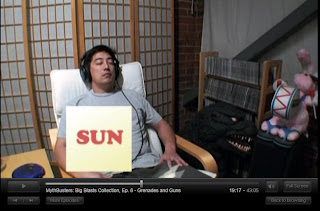 Also in that episode, Adam is listening to his CD in a bedroom that looks to have a yellow LACK nightstand. 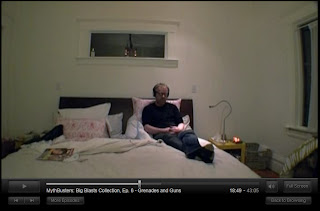 Now here is an example of me getting all excited over nothing. In the "Exploding Bumper" episode I saw this: 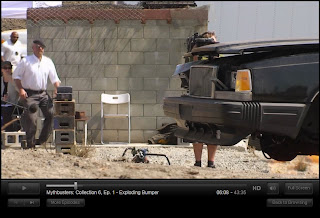 And I get all hyped up thinking a NISSE folding chair would be my first spotting in a Mythbusters episode. Unfortunately, as I went to do the screen grab I realized my error.

I think in my mind I created a NISSE, HERMAN hybrid. 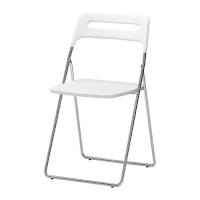 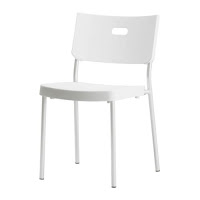 Oh well, I went on to find a couple of other things to write about. Just to show you it isn't easy to spot things but is fun none-the-less.

UPDATE 2/21 -
Thanks to Samuel (see comments) it looks like the above folding chair may be IKEA after all. There once was a folding chair named NICK and this is it: 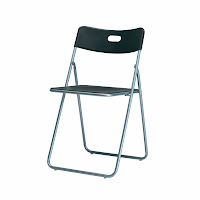 Looks like a good match to me!
Posted by IKEA Spotter at 7:00 AM