Having a boy band to fancy and dance along with is a right of passage for every young girl. More importantly the fight to defend their honor against snarky critics is an essential character building exercise. Think back over the years and you can find at least one for every generation. (Unless you were growing up in the late 90s/ early 2000s where they were so many it felt like a boy band infestation). Thanks to Nickelodeon my niece has a band called Big Time Rush.

As I sit watching Big Time Rush with my niece and cringe at the hammy acting, auto tuned songs and random cartoon sound effects I have to remind myself to bite my tongue. It isn't fair to her. We have all been there. Heck, 20 years later I am still defending my beloved New Kids on the Block. I am not saying BTR will have any such longevity or produce any competent actors. I am simply saying I should sit back and allow my niece to experience the hard burn and quick fizzle into obscurity that is the fate of 98% of all boy bands.

In the show, the boys are supposed to be living in a hotel in Los Angles. Like the unrealistic but fun to look at apartment on iCarly, the set of BTR is decorated with some of the brightest stuff IKEA has to offer.

We first start off in the kitchen area. Along the wall is the GRUNDTAL system with BYGEL containers, a 3 tin set that is now discontinued and an ORDNING cutlery caddy. 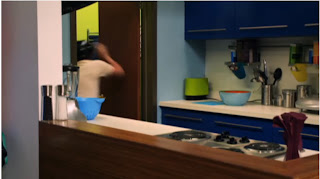 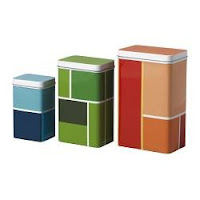 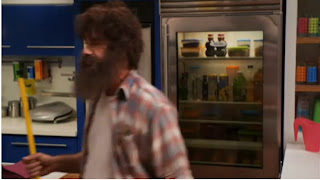 There is also an VÅLLÖ watering can 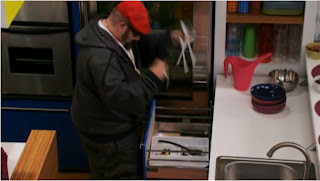 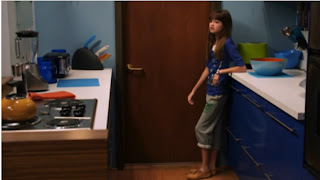 Up on the balcony is a KNAPPA pendant lamp. 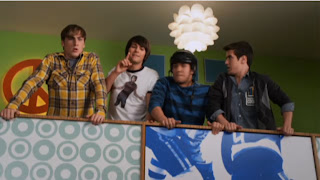 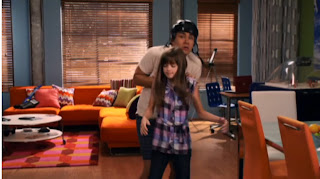 There is also a GALANT desk with JULES chairs in the corner. 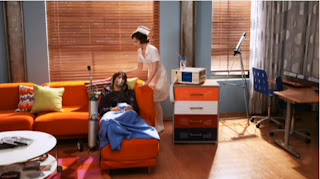 The screencaps were only taken from one episode, entitled Big Time Guru. No doubt I will be watching more of this show in the future so I will keep on a look out for more IKEA.
Posted by IKEA Spotter at 11:14 AM