After exhausting all my holiday DVD/VHS viewing options over the past few days I went online to find some Christmas episodes to enjoy. I found myself watching The Office (U.K.) Christmas Special. I love the series. Sometimes David Brent (Ricky Gervais) is so awkward and inappropriate that I get too uncomfortable and can't watch him embarrass himself. In those cases I am usually fast forwarding to the less awkward bits. I am a sucker for anything Tim & Dawn. Which is why I love the Christmas Special so much. The second hour has David regaining a little bit of dignity and well...Tim & Dawn!

As I was watching the special I noticed two things 1) I am way too excited for Martin Freeman to play Bilbo Baggins in The Hobbit and can't stop thinking of Tim as a hobbit and 2) hey, there's some IKEA.

In the break room is a white SPONTAN magazine holder. The SPONTAN appears with great frequency on this blog but I think it is the first time we've seen the white one. 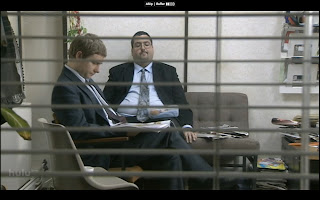 A better shot from a series 1 episode 5. 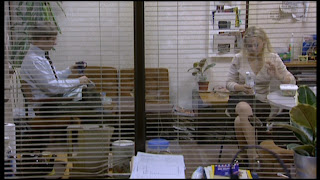 There is a gray LACK side table in the reception area. 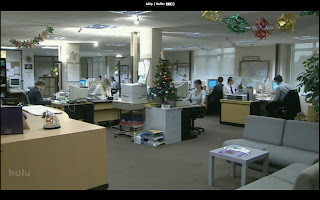 Love the guy drunkenly passed out during the party. 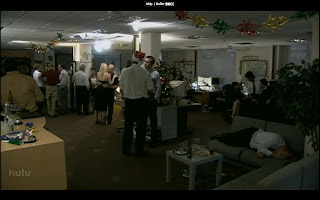 In David's/Gareth's office is a discontinued KVINTOL lamp. The shot is brief and I was only able to recognize it because I own two. The lamp was apparently part of the IKEA catalog for quite a few years although I didn't notice them until the end. I was lucky enough to have found a pair of them in the as-is section shortly before they were discontinued. I love the tapered wood, very mid-century modern. 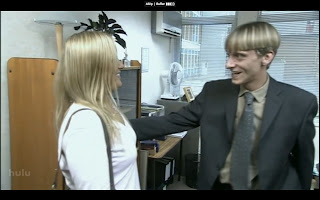 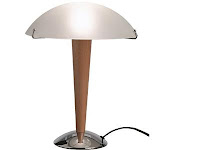 Looking at an earlier episode from the series it looks like a larger KVINTOL once sat in David's office. It was discontinued long before I became familiar with IKEA. I tried to do some research online but I wasn't getting any results for the big one. 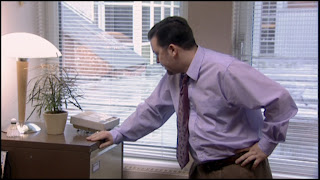 Lastly, throughout the common office area are TERTIAL work lamps with the discontinued cast iron base. Without the base the lamps can only clip to the edge of desks and other work surfaces. (pst IKEA - that's silly. Bring the base back. Thanks.) 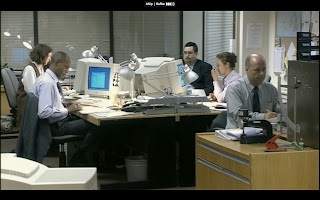 And just for the heck of it - SPOILERS... 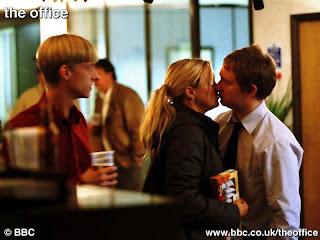