IKEA in a space western?

Yesterday I featured Buffy the Vampire Slayer and today I have another Joss Whedon property. The fan favorite Firefly (2002) featured a few IKEA products aboard Serenity. Set 500 hundred years in our future this would put the sci-fi IKEA sightings between Doctor Who and Battlestar Galactica.

In the dining room & galley there are at least 4/5 EMU scattered around. They get rearranged throughout the series but it is clear that there are several present at one time. Look along the back walls of the following pictures. Click for a larger view if that helps. 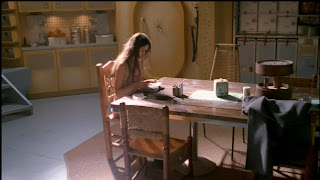 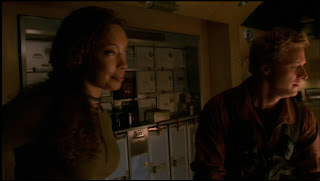 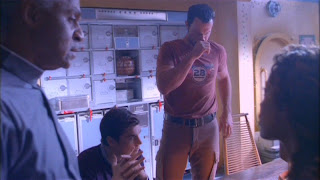 There is also a BURKEN jar as seen here to the left of Wash. Also, two more EMU tucked in the back of the galley and an ORDNING cutlery caddy. 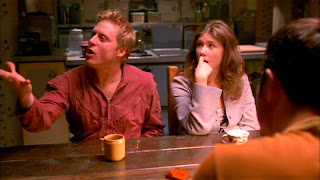 Here is a closer look at the two ORDNING cutlery caddies. 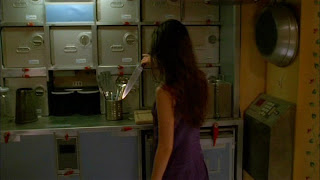 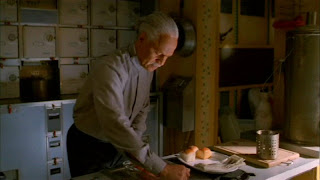 In River's bedroom there is a SPONTAN magazine rack. See to the left of Jane's backside. 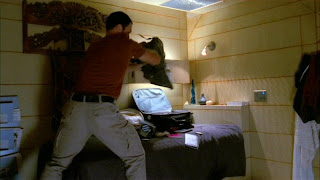 Okay, so the image below is the better shot but you can't blame me for posting the one above. 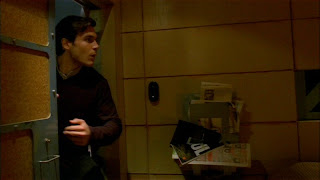 You can only see it a couple of times in the pilot but there is also a SPONTAN outside the infirmary. 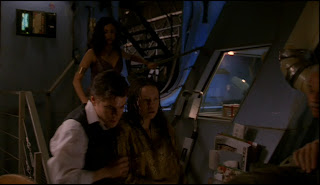 Unfortunately the set pieces from the TV show got scrapped after its cancellation. When Firefly got resurrected for the big screen, in Serenity, Serenity the spaceship was rebuilt from scratch.The rebuild did not include the use of IKEA products.
Posted by IKEA Spotter at 7:00 AM