Two countries no longer sperated by all of space and time.

American television gets a little lazy around the holidays. We have to go weeks without new episodes of our favorite shows.  We get stuck with old holiday specials, repeats, cheesy movies of the week and reality filler.

I like what the BBC does with their shows. Even if a show has ended their series/season one can expect a special to air around the holidays. This year the big excitement is over the Doctor Who Christmas special. It will be the first time the special will air in the US on Christmas Day. BBC America is celebrating this by running a Doctor Who marathon & Doctor Who at the Proms on Christmas Day. I don't have cable but fortunately will be celebrating Christmas at a house that does. Even so, I will have to be on my best behavior in order to be able to stake a claim of the TV for the special and I cannot expect to watch any of the marathon before hand. But, that is okay. I have the DVDs and I've been having my own marathon in preparation.

While rewatching series 5 of Doctor Who I remembered that I hadn't written a post featuring episode 11 entitled 'The Lodger'. The Doctor attempts to fit in as a regular bloke renting out a room in an IKEA filled apartment.

A wide shot of the apartment's kitchen. There a lot of goodies to spot. What do you see? 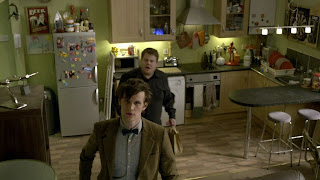 Here you can see a close up of the LUNS magnet/storage board in white, VIKA BYSKE counter/table and GLIMT light which I found in the store but not online. 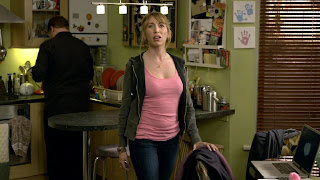 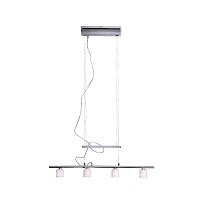 Behind the Doctor's back - GRUNDTAL rail for utensils and LUFTIG exhaust hood. 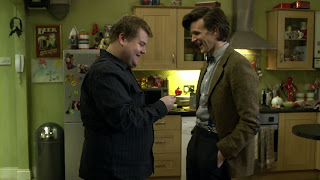 A brief shot of the FILLSTA pendant lamp and BESTA shelving units. 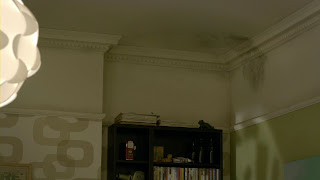 Near the front door: TJUSIG hat rack, ÅNES mirror and the Doctor in a towel. 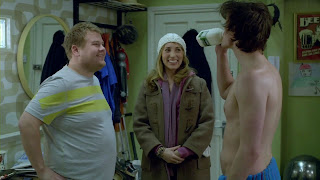 Another angle of the TJUSIG & ÅNES 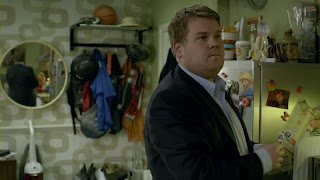 I want that wall paper. The Doctor wasn't too successful at blending in as a regular bloke but we wouldn't really want to see that anyway. Would we?

Let me know during your holiday viewing if you see anything!
Posted by IKEA Spotter at 11:52 AM