After spotting for a while you definitely start coming across some products more frequently than others. I've already posted a rundown of JULES spottings so today I am going to highlight the ORGEL. As I previously posted the ORGEL has already made appearances in The Vicar of Dibley and Twilight. Now here are a couple more TV appearances.

Season 7, Episode 4 of House. In the pre-credits "someone is getting mysteriously ill" scene: 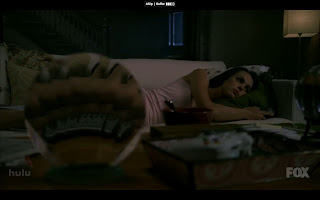 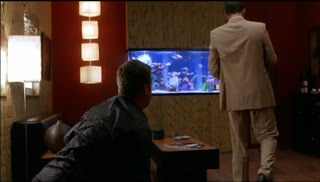 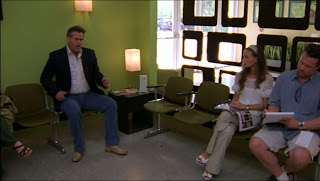 ORGEL table lamp and wall lamp (discontinued)
(That fantastic room divider on the right is called the Rondo Hanging Screen. Very groovy.)
As you can see from how the set designers have used them in vastly different setting the ORGEL is very versatile. The ORGEL lamps are inexpensive and give off a nice warm light. I have two floor lamps flanking my couch. I lucked out and found the pair in the as-is section on the same day.  Just don't lose one of the expander wires. You'll have slightly lopsided shades :(
Posted by IKEA Spotter at 7:00 AM