Last night was very cold, blustery and wet (some of my friends even got their first traces of snow!). I was looking for something to watch that would make me warm and happy. I decided on the Vicar of Dibley finale, The Handsome Stranger / The Vicar in White. Dawn French, the usual Dibley cast of characters and Richard Armitage. So good. Definitely did the job.

Since I bring that up here you must have guessed that I spotted some IKEA goodies. 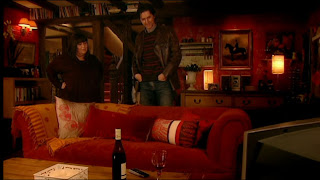 I don't think the lamp on the left is IKEA - can anyone say? It compliments the ORGEL nicely. 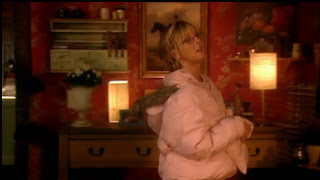 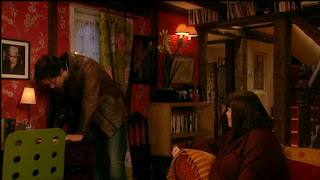 Harry's apartment is a one time set. It is only seen in this episode filmed sometime in 2006. My gut wants to declare a couple of things in this apartment IKEA but I cannot find the references to back it up. What says you? 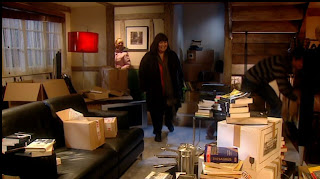 The frame on the wall looks like the classic square RIBBA. I can't find the lamp shade (again 2006, could be discontinued) but the lamp base looks IKEA. However, the couch doesn't look like IKEA so I could just be making things up :) 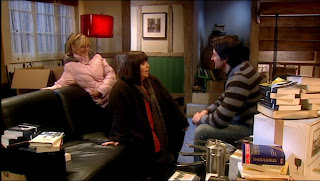 I don't know if I dare declare the pots IKEA 365+. The handles and lid look about right but I am thrown off by the tall pot in front. What do you cook in that? 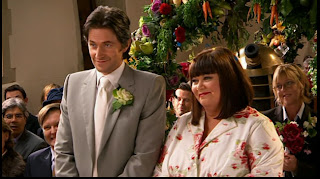 No, there's no IKEA in this photo but they both look so adorable and there's a Dalek! How could I not include it?

Email ThisBlogThis!Share to TwitterShare to FacebookShare to Pinterest
Labels: JULES, ORGEL, RIBBA, The Vicar of Ddibley