Glee. I loved the show when it first aired last season. I was willing to forgive the storyline that was wandering all over the map as long as the general public got to see talented performers making musicals (and Journey!) acceptable. It was unique and quirky. Also, there was IKEA.

Rachel's bedroom is a cohesive mix of furnishings from all the major brand name stores. Our focus is of course on IKEA.

She has a white HEMNES dresser. 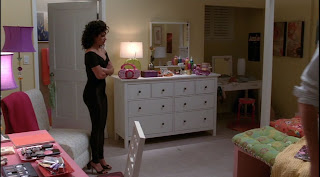 (Seen here during an embarrassing attempt at seduction of Finn by Rachel.)
Pink LACK sidetables as nightstands. 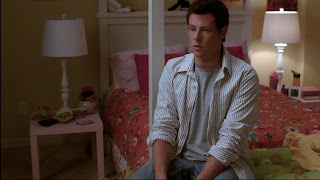 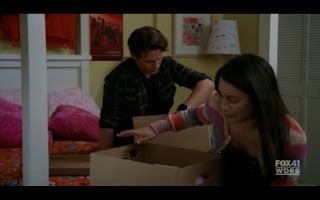 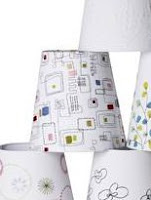 I haven't seen this shade at my local IKEA recently so I am hoping they are not phasing it out. The pink LACK tables are discontinued.

Kurt (who I think may be gay*) has a desk made up of the VIKA GLASHOLM Table Top, VIKA FAGERLID Table Leg with Storage, TOBIAS Chair. On the shelves in the back there is an assortment of small storage. Some can be identified as past of the KASSETT series. 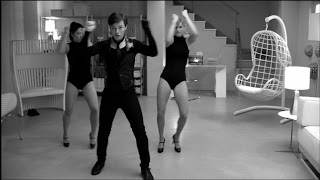 His room undergoes a few transformations in the first season so this look doesn't last for long.

Lastly, in the ballet studio are 5X5 EXPEDIT behemoths used as locker cubbies. 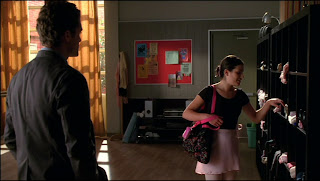 I have to be honest. The GleeK phenomenon has turned me off a little. It is everywhere, no longer about the underdog show and Fox is trying to make money at every opportunity. The shows became increasingly more erratic with the storyline forced to follow the theme (or guest star) of the week instead of the other way around. It is still ground breaking and unique but I've had to take a break from it for a little while.

Have you spotted anything this season? I'm sure I will catch up eventually but I am currently waayy behind.

*by the way that was