While doing research online on IKEA spotting I came across the lovely The Ikea Blog.  Specifically this post which spotted the Aneboda wardrobe on Grey's Anatomy. Later that day I was in the library and saw season 2 of Grey's Anatomy in the dvd section. I took this as a sign, check out the dvd, came home and settled down to spot some IKEA goodness.

I had only seen a few episodes of the show in passing so I wasn't sure what to expect. Sure enough in the very first episode there was a two-door birch Aneboda wardrobe (The birch effect has been discontinued* Only the white remains). 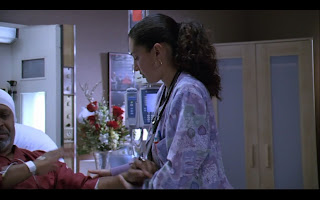 As I continued plowing through the discs I saw that in each episode, in every hospital room an Aneboda stood proudly in the back. It actually became quite funny to document each time they tried to alter its appearance. As if we wouldn't catch on that they were most likely moving the same wardrobe from room to room, scene to scene. 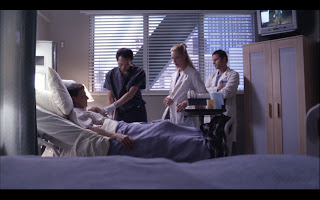 Episode 2 - Hiding underneath the TV. 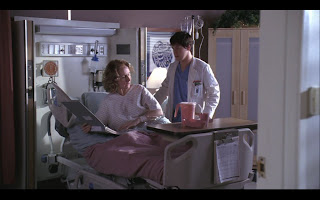 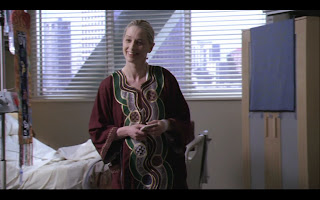 Episode 4- Is it trying to blend in with the doctor's scrubs?
No comment about its comparable acting ability. 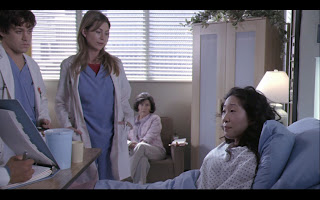 Episode 4- A different vegetative headpiece.
IKEA products, by design, are very practical. In theater and film a practical prop is one that is designed for actual use. For example - A lamp is supposed to turn on, a window gets opened, food will be eaten. In this instance the wardrobe fits both definitions: 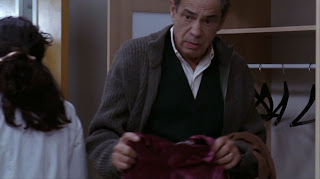 - it opens. (Episode 7)
It looks like they continued using the Aneboda through the next season as well. I haven't looked into season 4 and beyond - can anyone verify for me?

In my wardrobe hunt I found a couple other IKEA goodies. I will save those for another post.

* #3 on my discontinued list. I decided right at the time the birch bedroom pieces were being discontinued that I wanted them for my bedroom. I got the dresser As-Is at my local IKEA's garage sale. I didn't need the wardrobes they had on hand. The 3-drawer & single drawer nightstands were long gone. Fortunately, I found both pieces on Craigslist in the following months. The narrow 5-drawer dresser...that's another story. Yes, I am looking at you. You know who you are.
Posted by IKEA Spotter at 9:30 AM