CHUCK vs the IKEA catalog (part 1)

My favorite show, CHUCK (NBC, Monday 8pm) never lets me down. It is consistently witty, geeky, action packed, sexy, funny and chuck full of IKEA goodies. It is also consistently on the verge of being canceled so it is rather appropriate that the first item I'm featuring from the show is a discontinued IKEA product. Unlike Chuck however, where the fans can rally, purchase their $5 footlongs and hold their breath for renewal the Mylonit lamp is probably gone forever. 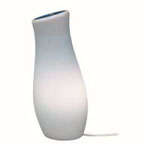 This adorable tuber-like lamp came in 2 sizes and multiple colors. It was my very first purchase from IKEA.

In Season 2 a new restaurant was introduced as a cover for CIA Agent Sarah Walker. The Orange Orange is a frozen yogurt place with bright, clean, modern decor. Imagine my delight when I noticed the Mylonit lamps used in the shop. 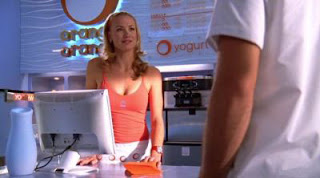 It looks like the production team bought up all the remaining lamps before they were discontinued. There are a couple more behind Chuck. 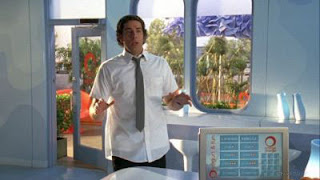 In Season 3, when Chuck's bestfriend Morgan needed a little mood lighting in his office to woo a lady the set dressers brought in a yellow Mylonit to provide a soft glow. The little guy is very versatile. (The lamp, not Morgan) 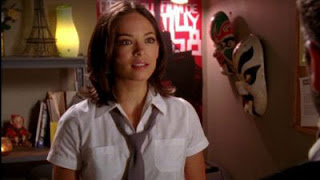 We have not seen the Orange Orange yet in season 4. I am hoping the Mylonits continue to have a home on that set.
On my list of things I am deeply saddened IKEA discontinued, the Mylonit is solidly number 2. They are versatile, offer a nice ambient glow and they have a lot of character. Yes, we have the GRÖNÖ which is relatively the same size, price and offers the same diffused glow but it is not the same. The curve of the Mylonit is what appeals to me. I will be clinging dearly to the two I own.
Posted by IKEA Spotter at 1:13 PM