I'm seeing the JULES office chair pop up everywhere. A versatile office chair, the JULES comes in a half a dozen colors, swivel and stationary bases and adult and junior sizes. Can anyone testify to their comfort?

In the first season of NCIS McGee's desk chair was a black JULES. As I've previously noted he has a discontinued JERKER desk. 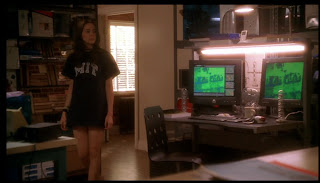 In season 1 of CHUCK the JULES was not the main break room chair at the Buy More. However, it was brought in for this episode where the staff of the Buy More wanted to play a trick on the new Ass. Man. (assistant Manager) Morgan. 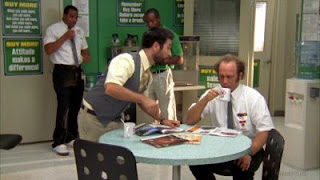 A strong adhesive was applied to the chair to trap Morgan. 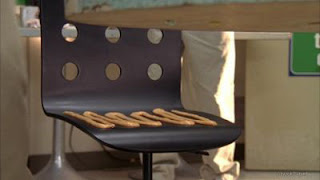 In season 4 of CHUCK the Buy More was rebuilt and they have a brand new break room. Completely outfitted with JULES chairs. 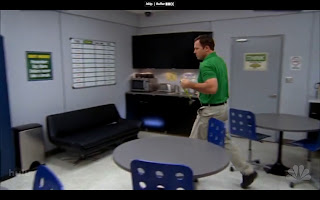 In the iCarly episode "iSell Penny Tees" the kids set up a workshop for their t-shirt production. Although not capped there are both swivel and stationary versions around the tables. 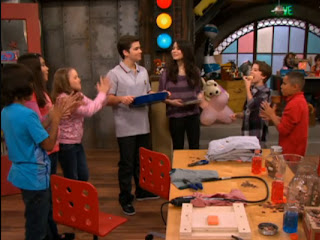 In the British drama Skins - (I'm trying to get my hands on these DVDs because IKEA is supposed to be used with some regularity.)


At $40 the JULES is affordable, especially if a TV production needs to buy in quantity. I wouldn't be surprised if I was able to make another compilation in the near future. Where have you spotted the JULES?
Posted by IKEA Spotter at 2:00 PM